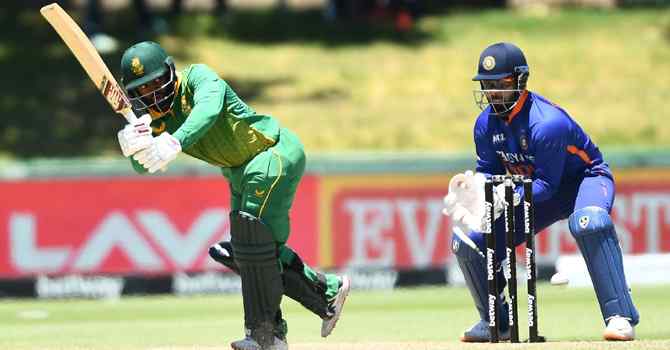 India will host South Africa at home soon after the end of the Indian Premier League. The venue for the five-match T20 series against the Proteas has been finalized by The Board of Control for Cricket in India (BCCI). Five T20 matches will be played at five venues.

The T20 World Cup will be held in Australia this year. The Indian team will play a T20 series at home against South Africa in preparation for the tournament. The first match will be played on June 9 this year in Delhi.

India and South Africa will play five T20 matches at five venues at 11 intervals. The last T20 of the series will be played on January 19 this year at the M Chinnaswamy Stadium in Bangalore.

The T20I record against South Africa speaks volumes for India. The two teams have met 15 times so far. Nine of these times the Indian team smiled the last smile of victory.

The 15th edition of the Indian Premier League (IPL) is underway. The two-month-long tournament will kick off on May 29. India will play a T20 series against South Africa at the end of the ten-team series. The BCCI has released the schedule for the five-match T20 series at home.

India and South Africa will meet in the first T20 of the series on June 9. The match will be held in Delhi. The second, third, fourth and fifth T20s of the series will be played in Cuttack on June 12, Visakhapatnam on June 14, Rajkot on June 17 and Bangalore on June 19 respectively.

Several South African cricketers are currently playing in the IPL. Quinton de Kock, Kagiso Rabada, David Miller will stay in India after the event. They will join the national team later. The Proteas last came to India in 2020 to play a series.