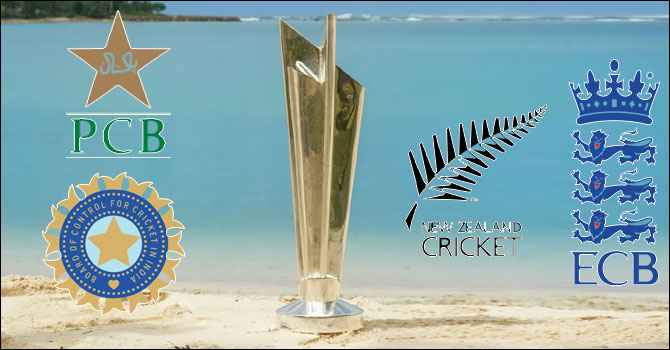 New Zealand, England, India and Pakistan qualified for the semi-final matches of eighth edition of the ICC T20 World Cup 2022. Now two finalists will be selected from these four teams.

New Zealand and Pakistan will meet in the first match of the first semi-final on November 9. A day later on November 10, India and England will fight in the second semi-final of the ICC Men’s T20 World Cup 2022.

New Zealand started this year’s World Cup with a great win against the reigning champions Australia. New Zealand lost to Australia in the final of the last World Cup in the United Arab Emirates.

New Zealand won the match by a huge margin of 89 runs in Sydney. After 11 years, the Black-Caps can taste an international cricket match win on Australian soil. In the last match of the last group stage, New Zealand defeated Ireland by 35 runs to enter the semi-finals. In 5 matches, 3 wins, 1 loss and 1 match abandoned, they became the group champions by leading the run rate with 7 points.

Like New Zealand, 3 wins, 1 loss and 1 match abandoned in 5 matches, England and the current champion Australia had 7 points. However, New Zealand was the most advanced in run rate. 2.113 run rate of Kiwis. And due to being ahead of Australia in run rate, England made it to the semis. England’s run rate is 0.473. Australia’s run rate is -0.173.

In the other group, like last time, India started the World Cup with a match against Pakistan. India defeated Pakistan by 4 wickets in the most exciting match of the World Cup. In the next match, Team India beat the Netherlands by 56 runs to get their second consecutive win.

India stumbled in the third match. They lost to South Africa by 5 wickets. After winning the last two matches, India became the best team and got the ticket to the semis. Team India beat Bangladesh by 5 runs and Zimbabwe by 71 runs in the rain. India finished the Super Twelve at the top of the table with 8 points from 5 matches with 4 wins and 1 loss.

After opening the tournament with a 4-wicket loss to India, the Paks unexpectedly lost to Zimbabwe by 1 run in their second match. Pakistan fell to the brink of two losses in a row.

However, Pakistan bounced back brilliantly from the brink of the abyss. They won the last three matches of the group stage and entered the semi-finals. Which they did not even imagine. Pakistan beat the Netherlands by 6 wickets, South Africa by 33 runs in the rain and Bangladesh by 5 wickets in the last match.

With 3 wins, 2 losses in 5 matches and 6 points, they are in the second place in the table and they have reached the semis. South Africa could not make it to the semis as they were third in the table with 5 points from 5 matches.

South Africa could have advanced to the semis only if they beat the Netherlands in their last group match. However, South Africa, famous for ‘choker’, lost to the Dutch by 13 runs. The defeat of the Proteas cleared the way for Bangladesh and Pakistan in the semis.

Also Read: Hazratullah Zazai Ruled Out of T20 World Cup 2022 Due to Injury