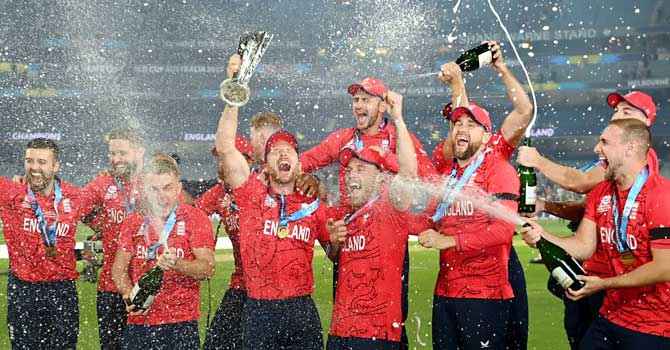 The eighth edition of the ICC T20 World Cup ended in Australia, England won the T20 World Cup 2022 title for the second time after defeating Pakistan by 5 wickets in the final stage at the iconic stadium in Melbourne on Sunday (November 13).

Batter-bowlers and fielders have shown their best performances on the World Cup stage. The batsmen and bowlers have produced various statistics in 45 matches in this season. Let’s take a look at those statistics.

Highest margin of victory (by wickets): England beat India by 10 wickets in the semi-final.

Most catches by a fielder: Dasun Shanaka (Sri Lanka), 9 catches.