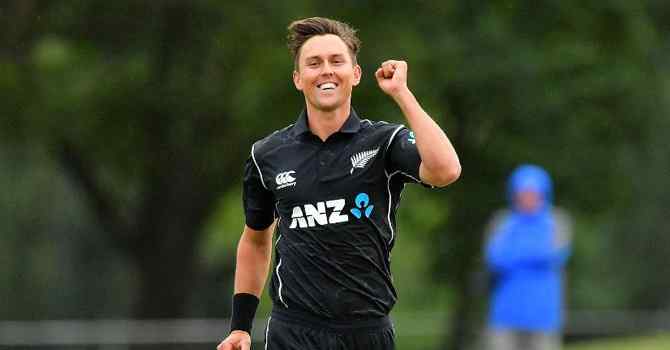 Trent Boult Named as New Zealand Cricketer of the Year 2022

New Zealand fast bowler Trent Boult was in great rhythm in the last T20 World Cup 2022. In recognition of this, Trent Boult has been named the New Zealand Cricketer of the Year 2022. Sophie Devine won the award in the women’s category.

In 2021, the cricket world was focused on T20 cricket. Naturally New Zealand was on that side too. The pacer took 23 wickets in 15 T20s in 2021. Not only the bilateral series, but also the World Cup was in great rhythm. He took 13 wickets in 6 matches in the World Cup.

Meanwhile, Sophie Devine, the best women’s T20 cricketer, has won the award for the second time in a row. In 2021, he has taken 114 runs with the bat and 6 wickets with the ball. Amelia Kerr of the women’s team and Mitchell Bracewell of the men’s team also won the Super Smash Award. And Ross Taylor received the award for a memorable event.