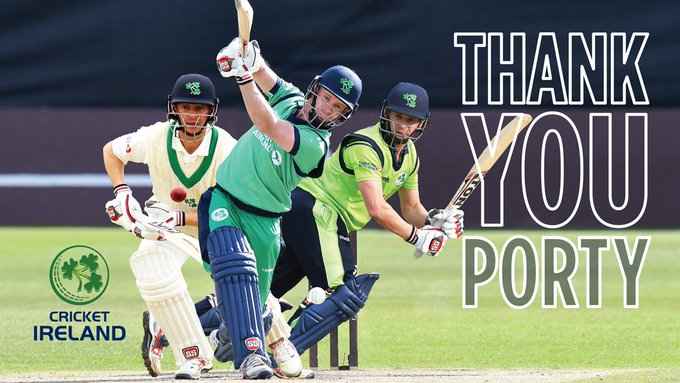 William Porterfield, a real cricketing icon in Ireland, has participated in 310 international matches, including 253 as captain. His overall winning percentage is 9506 He is Ireland’s first captain in Tests. Two ODI World Cups and five Twenty20 World Cups have been led by Porterfield.

Ireland led the team for the longest period of time (253 international matches). In 2008, at the age of 23, he assumed the position of leader. In addition, he is the third Irish cricketer to play a game. He finished his career with the second most runs scored.

‘It’s a privilege to represent my nation for the past 16 years – something I’ve desired since I was a youngster. I have had the honour of playing cricket since 2006, and it has been a fantastic adventure.’ Despite the fact that it seems a bit surreal to decide to quit right now, it has been an incredible experience.

“Over the course of my career, we have evolved from an amateur squad to a Test nation.” Before and during my trip, we constructed an infrastructure that will aid in the development of soccer in Ireland. All I wanted to do was put the jersey and the team in a better position, and I hope that I contributed to that.

“One of my most cherished memories is receiving my first baseball cap from the legendary Roy Torrance. Roy is a legend in Irish cricket, and he played a role in each of my games up to his passing.’